You grant your consent to all cookies by clicking on the “Accept all” button. If you want to accept only technically necessary cookies, click on the “Only necessary“ button.

Accept all Only necessary Settings
Menu

The RAFF project aims to research issues related to pit lakes, which is one of the most common uses of post exploitation voids. Up to now, in Europe, there is no precedent for the creation of a pit lake of a brown coal open pit mine of the volume c.a. 1,5 billion cubic meters. There are many examples of flooded smaller final pits and in some of these, during the process of filling with water, serious geotechnical problems have been encountered. It is expected that during reclamation of open pits of volume 1,5 billion m³ the scale of geotechnical problems will be significant and may impede the process of filling the voids with water. Almost all such artificial lakes are currently (and in the future) dedicated to recreational purposes. To ensure safe utilization of these localities by the public, it is necessary to assess the risk of instability of these areas, and evaluate the long-term monitoring. The main objectives for monitoring the abandoned open-pit mines are: geotechnical stability of the close vicinity and especially the slopes (both under the water level and the final slopes around the lake); the quality of water (chemical composition), not only in the lake itself but also in the close vicinity and all water feeding into the lake. The main aims of the project are connected with the creation of comprehensive models that can be used for risk assessment purposes. Innovative outcomes of the project will contribute to methodologies and guidelines to improve the safety, security, and environment aspects of flooded open pit mines. The project will carry out in-situ investigation, laboratory tests, and numerical and physical modelling to achieve the objectives. Thirteen deliverables are planned to be developed within the RAFF project, especially methodologies, numerical models and guidelines. 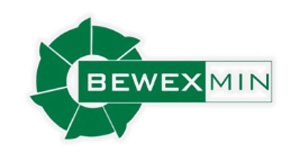 In newly-opened as well as existing lignite mines occur increasingly difficult mining conditions due to the presence of a growing number of unmineable inclusions and inclusions with an excessive mining resistance. During exploitation of such materials there are large dynamic and impulse loads. This results in frequent breakdowns and therefore exclusion of machines from normal operation. The aim of the project was to develop solutions to reduce failure rates of bucket wheel excavators working in such conditions. This could be achieved either by reducing the sensitivity of excavators on pulse load or by efforts to reduce the size of dynamic loads. Research in the BEWEXMIN project included three work packages. The first package included: experimental determination of the dynamic surplus from mass forces and linkage of these surpluses with physico-mechanical characteristics of exploited soils; method for determining alternative computational strength of pulse loads; determination of the requirements for flawless excavator work in specific conditions. In the second work package a way to create a system to monitor stress of excavator’s structures leading to continuous assessment of the degree of construction effort, signalling damage possibility, was created. The activities included in the third work package aimed to eliminate or reduce value of pulse loads caused by encountering unmineable obstacle by means of early detection of stones. All three WPs were interrelated and constituted a complete set of activities aiming at the same goal, which was to reduce failure rates of bucket wheel excavators operating in difficult mining conditions

The SUMAD project unties European experts to investigate the future use of made-ground consisting of coal-mining spoil with a focus on the geotechnical, sustainability, environmental, socio-economic and long-term management challenges. Advanced risk analysis and physical and numerical modelling will be applied to different sustainable rehabilitation schemes with a particular focus on the technical viability for the development of renewable energy infrastructure. Tip operators and developers as well as authoritative bodies involved in the project will provide valuable input to ensure the maximum possible impact. A case-study site will be used as a test-bed for the concepts developed during the project.

TEXMIN – The impact of extreme weather events on mining operations

Whilst extreme weather events that are consequence of climate change has been a well-researched subject for many years, it is only recently that the subject has appeared on the radar of the international mining industry. Some mines have already faced issues relating to increased severe weather events so this issue needs to be addressed. The scenarios of climate change indicate that these types of events will be more frequent and violent.

TEXMIN project will identify and evaluate environmental impacts on operating, closed and abandoned mines caused by short term increases in extreme weather events and long-term climate change. Climate change scenarios will be calculated from regional climate models and climate baseline review. Impacts brought about by increases in precipitation, temperature and sudden changes in atmospheric pressure will be identified and evaluated with respect to mines across Europe. These will focus on issues such as minewater, gas emissions and structural stability. Risks will be assessed, adaptation & monitoring strategies and tool will be proposed and developed to mitigate current and future impacts. Some of the remedial actions proposed for shafts and spoil dumps will be applied and tested in pilot scale.

Project outputs realized as part of the TEXMIN project and published as part of international conferences or in scientifical publications. 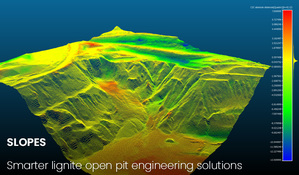 The SLOPES project brought together experts from across Europe to advance the current technology and methodologies applied to understanding, analysing, and monitoring slopes within open pit lignite mines. The project targeted three main areas. Firstly, the research evaluated how modern monitoring techniques can be applied and integrated within automated systems that provide ‘real-time’ assessments of risk. A particular focus was the potential use of unmanned aerial vehicles because of their versatility and that they reduce the need to have people and equipment in hard to access and potentially dangerous areas. Secondly, the project conducted a variety of stability analyses of open-pit rock-face slopes. Advanced probabilistic analyses were developed, giving improved methods for evaluating the performance and potential risks associated with open-pit slope faces. Advanced numerical modelling techniques were applied to gain an in-depth understanding of the behaviour of the slope faces, as well as an assessment of the potential vulnerability of mining and other nearby infrastructure. Finally, the project studied the long-term behaviour of lignite mine spoil materials, with particular attention on stability and ground movements within spoil heaps and reclaimed ground. A rigorous approach involving laboratory testing of soils, small-scale physical modelling (including elevated gravity modelling using a geotechnical centrifuge), and numerical/probabilistic modelling was applied. The project outcomes will enable development of effective reliability-based methods for the evaluation of risks based on monitoring and modelling results which will provide significant benefits to design optimisation and decision support within open-pit lignite mines. 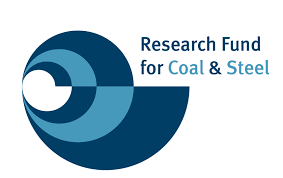 DIRPRIMCOAL is a research project with the goal to improve the feasibility and environmental performance of direct coal liquefaction (DCL) without the need for extremely large-scale plant and with a focus on low-rank and perhydrous coals (including wastes). The primary DCL products will be then investigated as a raw material for a co-processing with petroleum fractions in existing refinery facilities. The test programme will cover both catalytic cracking and hydrocracking of heavy fractions and a hydro-isomerisation of the naphtha. The research will identify and implement the improvements that need to be made to existing catalysts to optimally co-process heavy coal liquids and petroleum fractions.

Coal ash is disposed of or used in different ways depending on the type of by-product, the processes at the plant and the regulations the power plant has to follow. Some power plants may dispose of it in surface impoundments or in landfills. Others may discharge it into a nearby waterway under the plant's water discharge permit. Coal ash may also be recycled into products like concrete or wallboard. Coal ash contains contaminants that without proper management, they can pollute waterways, ground water, drinking water, and the air. Therefore, the disposal of the by-products has become an important issue. Considering that coal combustion emits a great amount of CO2, the produced fly ash can be used as a material for on-site CO2 capture and storage (CCS).

COALBYPRO is a research project co-funded by the European Commission under the Research Fund for Coal and Steel (RFCS) having as a main goal to encounter new methods for the management of the coal/ lignite by-products and at the same time deal with the CO2 that is emitted during the fuel combustion.